The Aggregate is one of the main pattern in Domain Driven Design (DDD) introduced by Martin Fowler.

How you may already deduce, it’s aggregating, but what?

It’s a cluster of domain objects that can be treated as a single unit. So it’s aggregating some part of business logic.
But be aware that it’s not aggregating it from our ‘contains’ perspective, as people often perceive it. If client has addresses, and phone number or whatever, it does not mean that it should be stored in our aggregate.
It should store necessary data that will make it possible to make a consistent and independent decision about some part of bossiness. Like a black box that answer for some question without any external data.

Let’s take a look on characteristic of that and some example:

An example of that may be a basket with products, order with line item, some kind of reservation and so on. 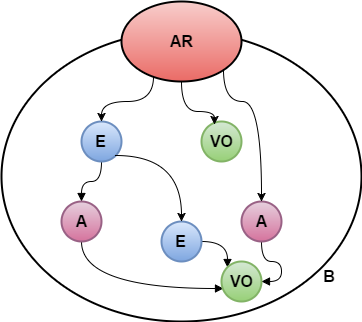