I believe that many of you, like me, also learn the fastest through examples.
Let’s consider a simple example. Imagine a program that is managing songs, you can search them, read/ add details, and some interesting facts about each.
There would probably be a class that would search for those songs in some repository or asks some external providers for example.

But the above implementation is pretty naive. Why it’s so? We are using concrete implementation of some finder to get songs. In its current state, it’s highly coupled, and it’s not good.

I want the method songsByArtist to be completely independent of the provider. In other words, ‘WHAT’ should not be limited by ‘HOW’ we are doing something. It should be just an inner implementation detail, an abstraction.

To achieve it, I will extract the interface, which defined the proper API contract.

Now it is configurabish at most I would say, as now we depend on both, the concrete implementation and a SongsProvider interface. 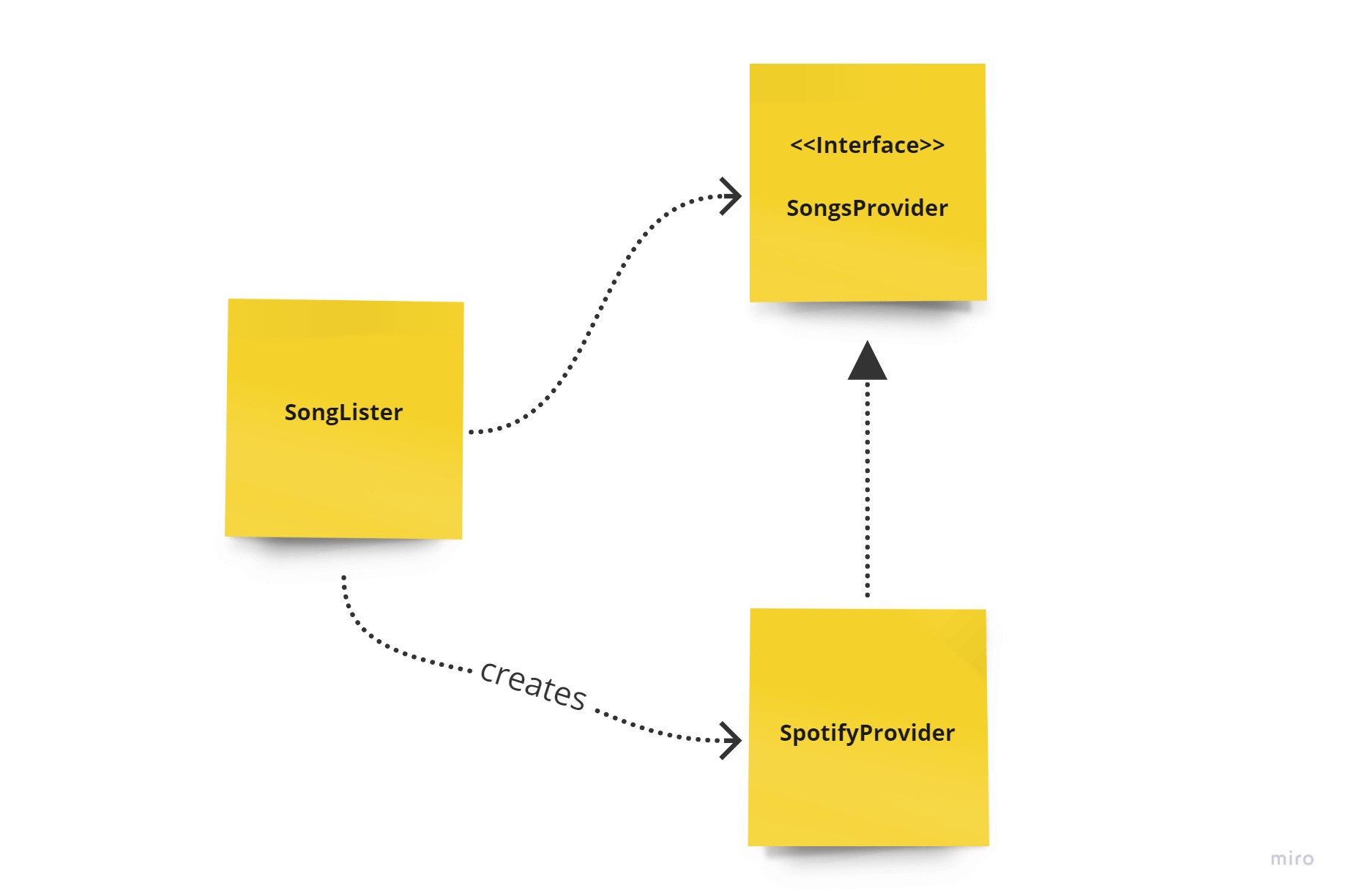 The desired situation is where we would depend just on the interface. It’s highly possible that we would have several SongsProvider implementations which we would like to use but independent of the MovieLister class.

There are chances, that we would want to use a different source of songs, for example, we would like to take songs from some hosted file, for purpose of the local development.

We would like to have them just be dependencies/ plugins. But by direct instantiating it we are losing the possibility, to have finder as a dependency/ plugin.

What is Inversion of Control?

Inversion of Control is a principle in software engineering that transfers the control of objects or portions of a program to a container or framework. This gives a few advantages such as:

IoC can be achieved in a few ways, so actually IoC is a concept that is implemented by mechanisms such as Strategy design pattern, Factory pattern, Service Locator pattern, and finally Dependency Injection (DI).

One of the most known implementations of IoC is based on the idea to have a separate object, an assembler, which is responsible for connecting objects with each other, or rather “injecting” them into other objects.

Dependency diagram with our songs example: 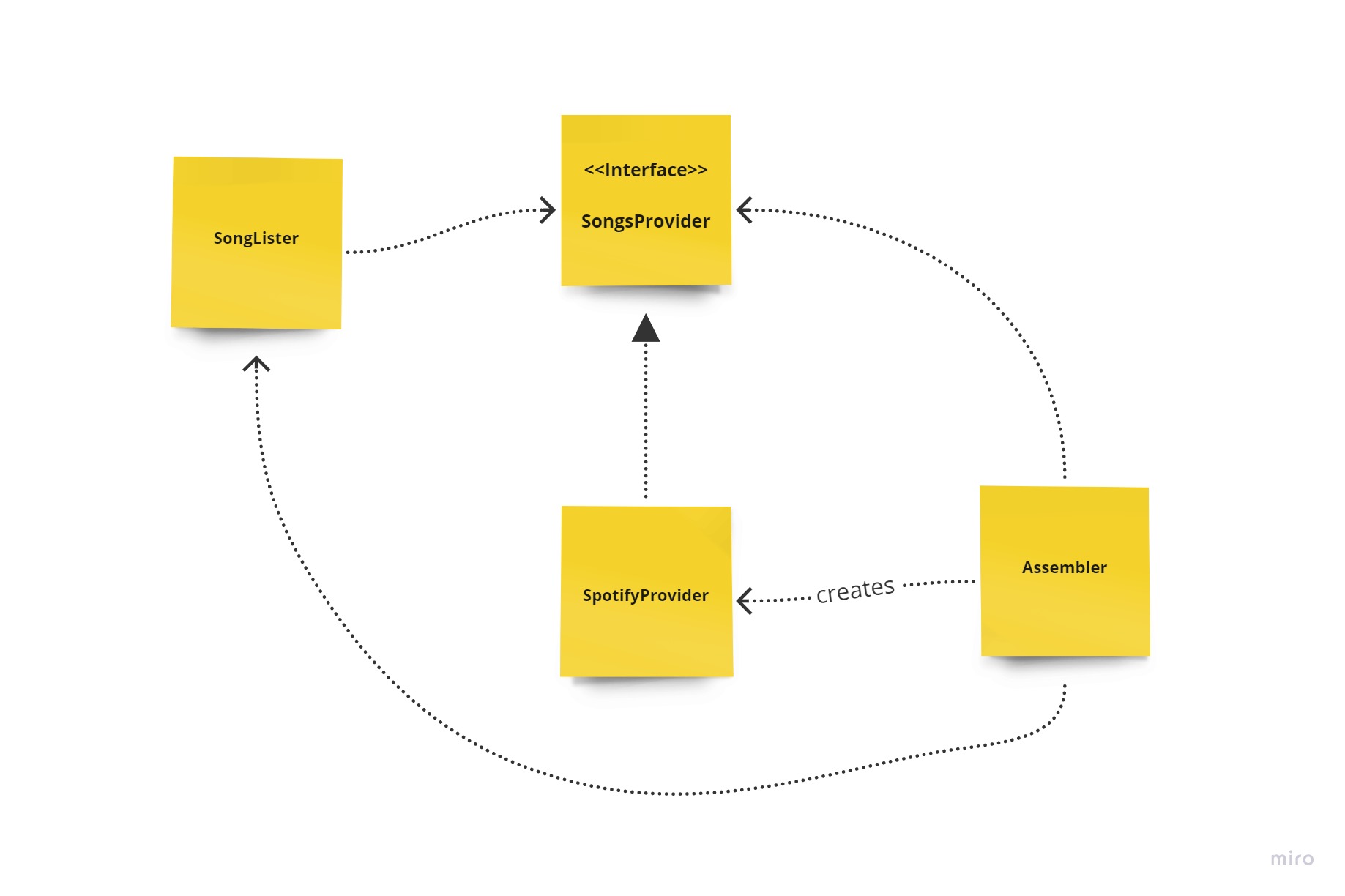 Our code should look like below. Now we are expecting a provider in a constructor, or rather a SongsProvider interface, not a concrete implementation as you noticed.
What are the pros of that? This gives us a huge possibility to use different providers without breaking changes, thanks to the fact that it’s decoupled.
For me, personally more suitable name would be Configurable Dependency rather than Dependency Injection.

Dependency Injection in Spring can be done through constructors, setters, or fields.

In object-oriented paradigm, Coupling refers to the degree of direct knowledge that one element has of another. We may generally divide coupling to tight and...