Both interfaces are used to order the objects of the user-defined class. Compmarable interface is found in java.lang package and contains only one method named compareTo(Object).
It provides a single sorting sequence only, i.e., you can sort the elements on the basis of single data member only. For example, it may be name, age or anything else.

public int compareTo(Object obj): It is used to compare the current object with the specified object. It returns

positive integer, if the current object is greater than the specified object.

negative integer, if the current object is less than the specified object.

zero, if the current object is equal to the specified object. 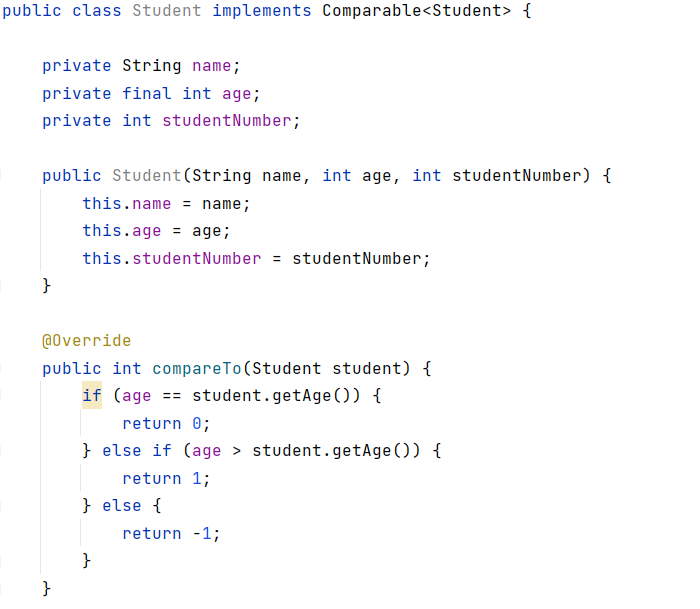 Unlike Comparable, Comparator is external to the element type we are comparing. It’s a separate class. We create multiple separate classes (that implement Comparator) to compare by different members. Collections class has a second sort() method and it takes Comparator which could be found in java.util package. The sort() method invokes the compare() to sort objects. To compare Student by age, we need to do 3 things :

1) Create a class that implements Comparator (and thus the compare() method that does the work previously done by compareTo()).

2) Make an instance of the Comparator class.

3) Call the overloaded sort() method, giving it both the list and the instance of the class that implements Comparator.
Or you may call sort() method directly on Collection that you want to sort and give it Comparator as an argument. 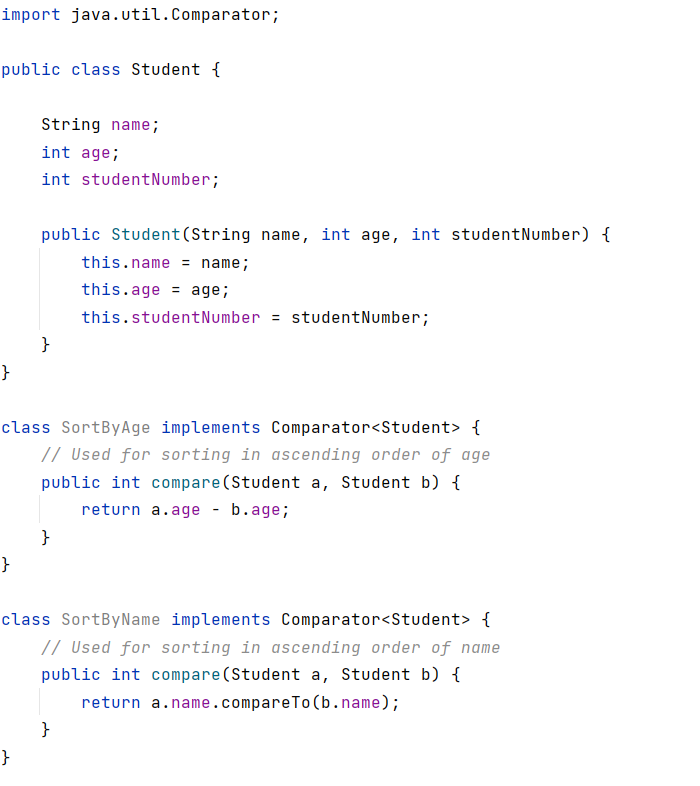 Key differences between Comparable vs Comparator in Java.